Piano is a very popular instrument, and is often combined with other instruments in a child’s musical training. It came to prominence in the 18th Century as the fortepiano, which translates as “loudsoft”, because it was the first keyboard instrument with the ability to play loud and quiet dynamics. It is now widespread in all genres of music due to its melodic and harmonic capabilities.

Guitar can be played in many musical contexts. Many guitar-like stringed instruments have existed throughout musical history, and are thought to have arrived in Europe from the Middle East. The modern acoustic guitar was invented in Spain in the 19th Century, while electric guitars were first introduced in the 1920s. Greenwich Young Musicians students will begin learning on a classical guitar, and will have the option to move on to acoustic guitar, electric guitar or continue with classical guitar. It is a versatile instrument as it can play both melodies and chords, and is used widely in genres of music from rock to flamenco, classical to jazz. 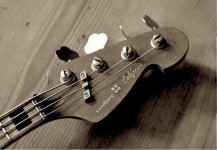 Bass guitar is a vital and often neglected instrument. The double bass was introduced into the orchestra in the 15th Century, but it wasn’t until the 1930s that the need for an electric guitar-shaped equivalent was felt. The bass guitar didn’t rise to prominence until the 1950s, when it began to replace the double bass in rock ‘n’ roll bands. It is now a vital element in the modern band line-up as one half of the “rhythm section”, providing the important bass notes of a song whilst keeping the rhythm.

Drums are the other half of the “rhythm section” in a modern band. The drum kit evolved in America in the early 20th Century from military marching drums. The kit includes cymbals as well as drums and can create a wide range of timbres suitable for many different styles of music. A drummer’s main job is to keep the rhythm, or ‘lay down the groove’, alongside the bass player and to add energy to the music when necessary.